“The problem is that most investors do not view negative returns and extreme volatility opportunistically.  As self-proclaimed Buffett wannabees, we have been doing just that!”
– John W. Rogers Jr.

The logo prominently displayed on Ariel Investments’ homepage is of a tortoise holding up a prize cup. The reference to this Aesop fable, in which slow and steady wins the race, while the quick, but overconfident hare struggles to catch up, gives some indication of Ariel’s investment strategy under the direction of its founder, John W. Rogers Jr. For Rogers, a careful and methodical investment backed by diligent research always trumps a hasty move, however alluring it may seem to be. It is for good reason that his regular column in Forbes goes by the name of “The Patient Investor,” which describes not only the information-gathering stage prior to any purchase, but also the holding time for any given investment, usually 3-5 years.

John Washington Rogers Jr. preaches patience in investing, but he was decidedly impatient when it came to starting his investment company. In 1983, when he was 24 years old, a few years out of Princeton University and in his first job at William Blair & Company, he decided to strike out on his own. Not only was he the first direct-from-college hire, he was also the first African American to join the company. Within three years, he had put together enough seed money to start Ariel Capital Management in Chicago (now called Ariel Investments) and pursued a value investment strategy based on the methods employed by Warren Buffett. And from the beginning, he has prioritized socially-responsible business practices, avoiding investments in companies that derive their primary source of income from the production or sale of tobacco, as well as the manufacture of weaponry. The fund also takes into consideration a company’s stance on environmental, philanthropic, and diversity issues.

Ariel has since grown into the largest minority-owned investment company in the country, managing $9 billion in assets as of the third quarter of 2014. Rogers also gained powerful friends in Chicago, including the future president, Barak Obama.

Today Ariel pursues its value-oriented strategy through a wide range of funds, from their original flagship fund to international and global equity funds. Some target mid-cap companies and hold 40 stock positions, others have a more concentrated portfolio of around 20 stocks, usually in companies with a market capitalization of more than $10 billion.

But in spite of their differences, they all seem to follow a similar investment strategy.. Rogers constructs his portfolios using a few very specific guidelines, which he has described in various interviews over the years. He searches for companies selling at a discount of 40 percent or more relative to future earnings. He likes contrarian bets and companies or sectors that are out of favor but where he discerns future opportunity. He bases his picks on a combination of financial research and direct contact with management, with he considers crucial.

“Getting to know the management team is the key to understanding a company and its product,” he said in an interview at the 2010 Financial Analysts Seminar in Chicago. “It offers a powerful vision of the future. For those who expect to outperform, there is no substitute for a vision of the future.”  Because Ariel limits its investments to only a few companies each year, it is able to undertake this kind of extensive research.

In a 2012 interview, Rogers said he still maintained some positions that dated from the start of his company. “A patient and disciplined approach to investing and being cautious are the cornerstones of any successful investor,” he said in that 2012 interview.

Since Ariel seeks out companies that are trading at a significant discount, it is sometimes led to invest in industries that are obscure or that fly under the radar of other funds. For instance, in an article entitled, “Boring All the Way to the Bank,” Rogers discusses the “glamorous returns” from a not-so-glamorous company that deals in coffins.

What does Ariel hold today? 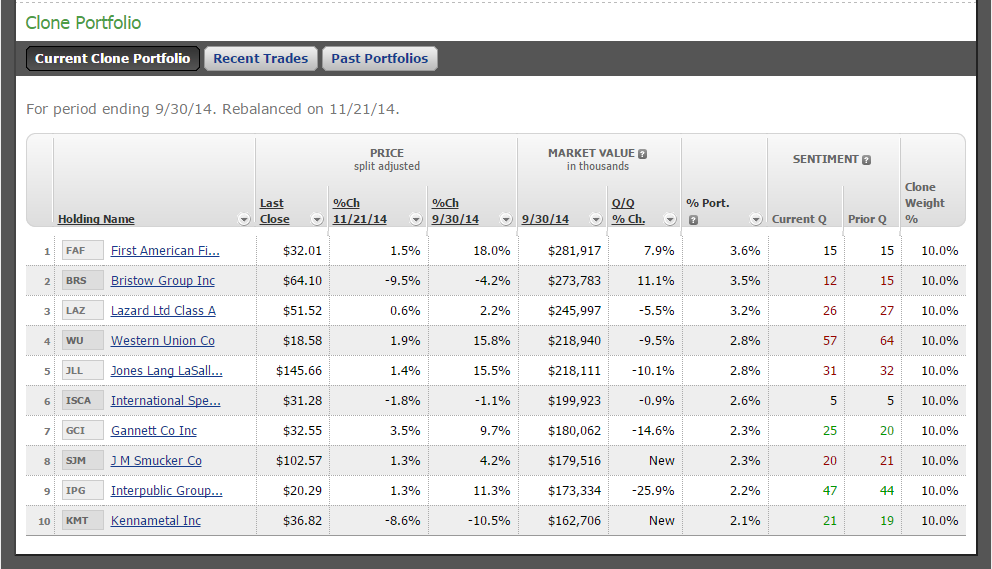 And what about performance?  Over 11 percentage point outperformance since 2000. 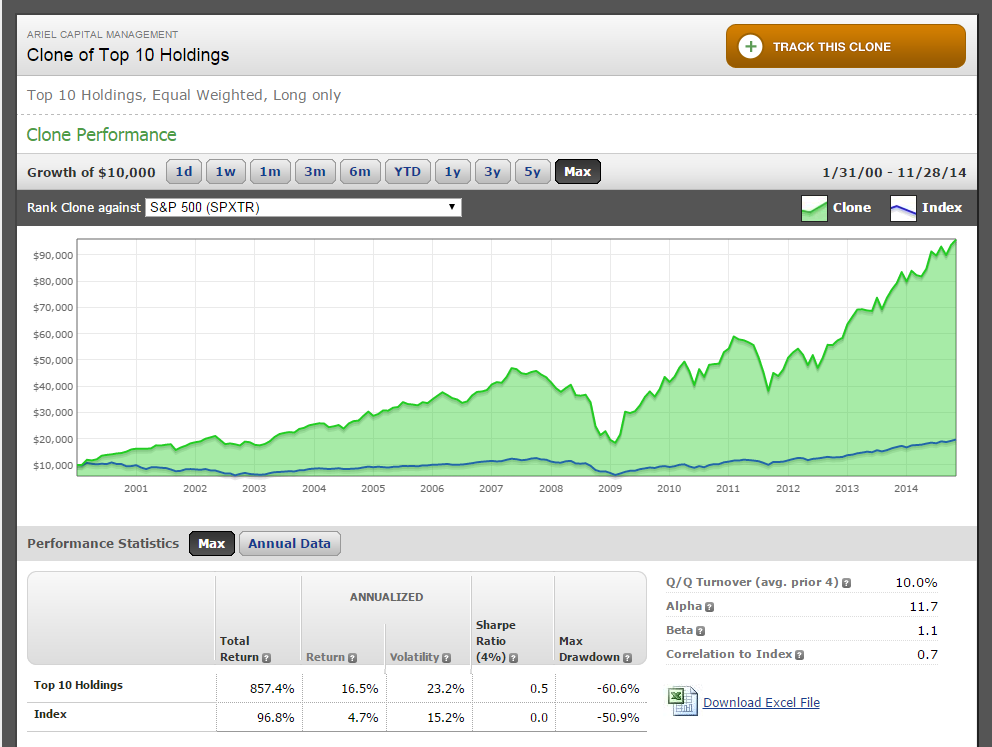