I’ve decided to both to make everyone happy…text in the body of the email and a PDF.

“We focus on what is knowable, starting with the truth that the investment process consists chiefly of purchasing future cash flows at a discount to their estimated value today.”  – Charles Mackall Jr. 2012 Client Letter

Started in 1980 as a small family office in Washington D.C., Avenir has grown into a firm that oversees assets of over a billion dollars. But even though Avenir Corporation has multiplied its assets many times over, founder Charles Mackall Jr. insists that the company still maintain the personal and intimate feel of its early days. Because Mackall views the firm as a kind of family operation, he treats his clients’ capital as if it were his own. Avenir Corp. has followed a philosophy of buying into companies whose stock appears to be selling at a discount but whose future looks bright even if others on Wall Street don’t see it. Like most value investors, Avenir Corp. worships at the altar of Warren Buffett and Benjamin Graham and regularly pays homage to the two icons of the value investing. This means that risk is only taken when risk is justified, and otherwise, he operates with a wide margin of safety.

The firm is run by a trio of long-time executives. Co-founder Charles G. Mackall Jr., who retired from active investment management in 2013, remains chairman of the company. He spent 17 years at NS&T Bank (Now SunTrust Banks), rising to vice president of commercial lending before leaving to form Avenir.

Heading investments today is Avenir President Peter C. Keefe, who joined the firm in 1991 after several years working in investment research with Johnston, Lemon & Co., a brokerage firm based in Washington, D.C. The third partner is managing director James C. Rooney, who joined Avenir in 1998 after working in business development for two energy companies, Sonat Inc. and Columbia Energy Group.

Because Avenir believes that no one can perfectly foretell the movement of the market or the direction of interest rates all of the time, the firm opts for a “bottom-up” investment strategy that takes into account a business’s fundamentals—its management team, its financial situation, and its potential growth—before purchasing any of its stock. Mackall’s general philosophy is to buy companies at a significant discount to their intrinsic value. And like many funds, Avenir runs these numbers through its own independent algorithm to determine which present the right kinds of opportunities.

Mackall is the first to acknowledge that it’s not always easy to “buy a dollar of value for fifty cents,” as Benjamin Graham so clearly states it, but when you operate according to this principle, you take your time and look for excellent deals. This means that Avenir often seeks out companies that have a particular economic “franchise,” which it defines as “a ‘right’, a ‘license’ or a ‘privilege’ that confers an economic advantage to a business permitting above-average returns on invested capital.” To this end, Avenir looks for companies that tend to do well, regardless of the volatility of the market. These are often businesses that specialize in goods or services that remain in strong demand even as the economy dips, such as companies that hold highly coveted leases for cell phone towers, an investment that has proven lucrative over time.

The investment process at Avenir revolves around bottom-up research that includes extensive conversations with a target company’s management during which Avenir probes for how capital is allocated. The answer Avenir wants to hear is that free cash flow is deployed in a way that enhances long-term shareholder value. That could mean anything from stock buybacks to strategic takeovers of other companies.
“If we find a great business, the only way it becomes a great investment is if management directs the marginal dollar of free cash flow to its highest-return purpose,” Rooney noted in the Value Investor Interview.

Avenir is not afraid of holding a stock for years or of concentrated positions. Its top 15 holdings tend to make up as much as 80 percent of its portfolio. Once it has a major stake in a company, Avenir sometimes switches to an activist role, which can include expressing its displeasure with management’s actions.

As of the first quarter of 2014, those top holdings represented a broad cross section of businesses and industries. The top 10 holdings are below: 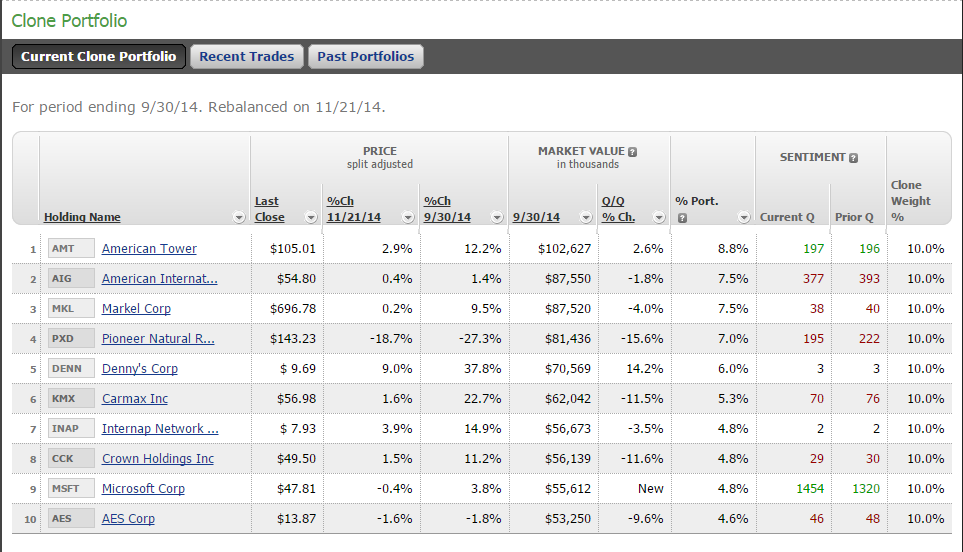 Performance has been strong with outperformance around 10 percentage points per year since 2000 over the S&P 500. 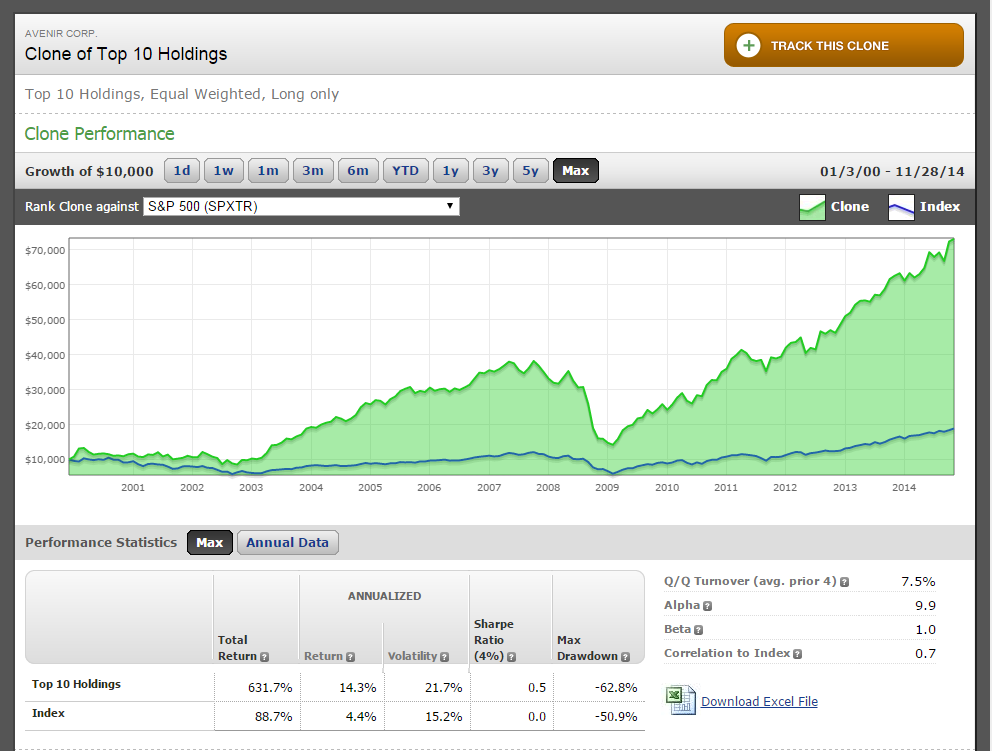