“In capital markets, price is set by the most panicked seller at the end of a trading day. Value, which is determined by cash flows and assets, is not. In this environment, the chaos is so extreme, the panic selling so urgent, that there is almost no possibility that sellers are acting on superior information. Indeed, in situation after situation, it seems clear that fundamentals do not factor into their decision making at all.” – Seth Klarman

The Intelligent Investor, Benjamin Graham’s definitive book on value investing, was selling in paperback for $12.97 on Amazon in November, 2014. At the same time, Margin of Safety, the out-of-print investment book by Graham disciple Seth Klarman, was fetching anywhere from $2,000 to $4,597 on Amazon.

What makes the latter book so valuable is not just its scarcity but also its author. For the chance to own a bit of Klarman wisdom, adoring fans will ignore the whole concept of buying at discount that underlies the practice of value investing. Warren Buffett, who has been called the Sage of Omaha for his value investment acumen, now has company at the top from Klarman, who has been dubbed the Sage of Boston.

Since founding Baupost Group in 1983, Klarman has grown it into a hedge fund giantmanaging as much as $30 billion. It’s flagship fund has churned out more than 17% annual returns since its founding, handily beating the S&P 500 rise of about 11% annually during that period, and doing it while often holding 40% or more of assets in cash.

Like many value investors, Klarman likes to slowly build up concentrated bets, and he accepts long holding periods of 3-5 years. For example, Baupost spent three years amassing a 35% ownership stake in Idenix Pharmaceuticals of Cambridge, Mass. When Merck & Co. announced a $4 billion takeover of Idenix in June, 2014, Baupost realized nearly $1 billion in profits.

How does he do it? Klarman explained his basic philosophy to television talk-show host Charlie Rose during a 2010 interview.

“Investing is the intersection of economics and psychology,” Klarman said. “The economics – the valuation of the business — is not that hard. The psychology – how much do you buy, do you buy it at this price, do you wait for a lower price, what do you do when it looks like the world might end – those things are harder. Knowing whether you stand there, buy more, or something legitimately has gone wrong and you need to sell, those are harder things. That you learn with experience. You learn by having the right psychological makeup.”

Klarman went on to say that some people are born with the nerve and intuition to be great investors. “For me, it is natural. For a lot of other people it is fighting human nature.” In his book, Margin of Safety, Klarman credits his success to the Graham-Dodd model, claiming that one must be willing to walk away from an alluring investment, should careful scrutiny reveal that the investment does not provide sufficient room for error.

Klarman hitched his natural ability to the value investing after working as an intern for two years at Mutual Shares Corporation under the tutelage of Max Heine and Michael Price.. A Harvard MBA, Klarman was soon recruited by one of his former professors there to run a family office. That led Klarman to launch Baupost in 1983 with $27 million, its name combining parts of the names of the families being represented. These days its clients include Harvard University itself, along with Yale and Stanford.

Klarman has a special knack for complex transactions that often come with limited liquidity. He has purchased real estate that was acquired by the U.S. government in the savings and loan collapse of the 1990s, dabbled in Parisian office buildings and drilled into Russian oil companies.

Baupost made a killing in the aftermath of Bernie Madoff’s massive Ponzi scheme by buying claims from victims who figured they stood little chance of fully recovering their losses. Baupost bought $230 million worth of claims for $74 million, then saw its investment more than double in value after a favorable court ruling on distribution of certain assets.

Although Klarman seems to delight in fishing for opportunity in obscure and complex deals, he is no slouch when it comes to stock picking. He runs concentrated portfolios, as is evidenced by his positions as of the third quarter of 2014. The top five represented the lion’s share of his invested assets.

As a long-term investor, Klarman doesn’t spend much time monitoring the daily movements of markets. His office features a desk piled high with papers, a computer, some half-filled water bottles, but no Bloomberg terminal, the device with access to market data that traders rely upon.

Klarman runs Baupost with this same kind of deliberate planning. Rather than divide up his analysts according to specific sectors of the market—pharmaceutical, financial, oil, etc.—he assigns them to general areas of investment opportunity instead. Some focus on distressed debt, others are oriented towards post-bankruptcy equity, still others work on spinoff and index fund deletions, and so on. This process has allowed Klarman to remain vigilant about mispriced securities, overleveraged companies, and misguided selling. And while Klarman cautions the investor against the uncertainties of the market and identifies our current economic environment as the most alarming in his lifetime, he still believes that there are real opportunities to make sound investments.

What Klarman prides himself on as much as making money is not losing it. He has had only two negative years (1992 and 2008).

When Charlie Rose asked Klarman to name his biggest mistakes, the Sage of Boston thought a moment but came up empty. “I have never really screwed up a lot,” Klarman said.
How many investors who have been at it for three decades can say that? “I will be buying what other people are selling. I will be buying what is loathed and despised.”  What is Klarman buying these days?  Below are his top 10 holdings: 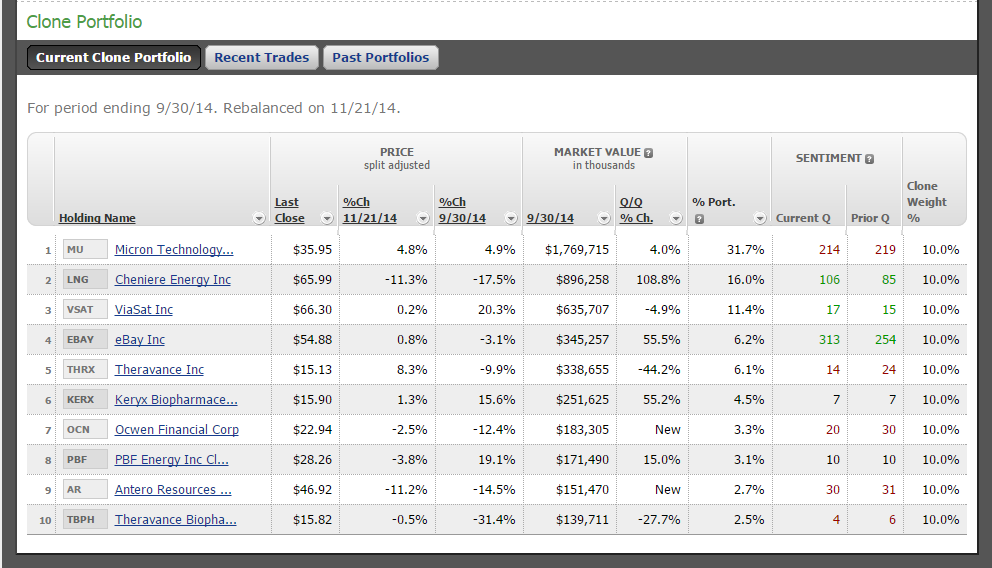 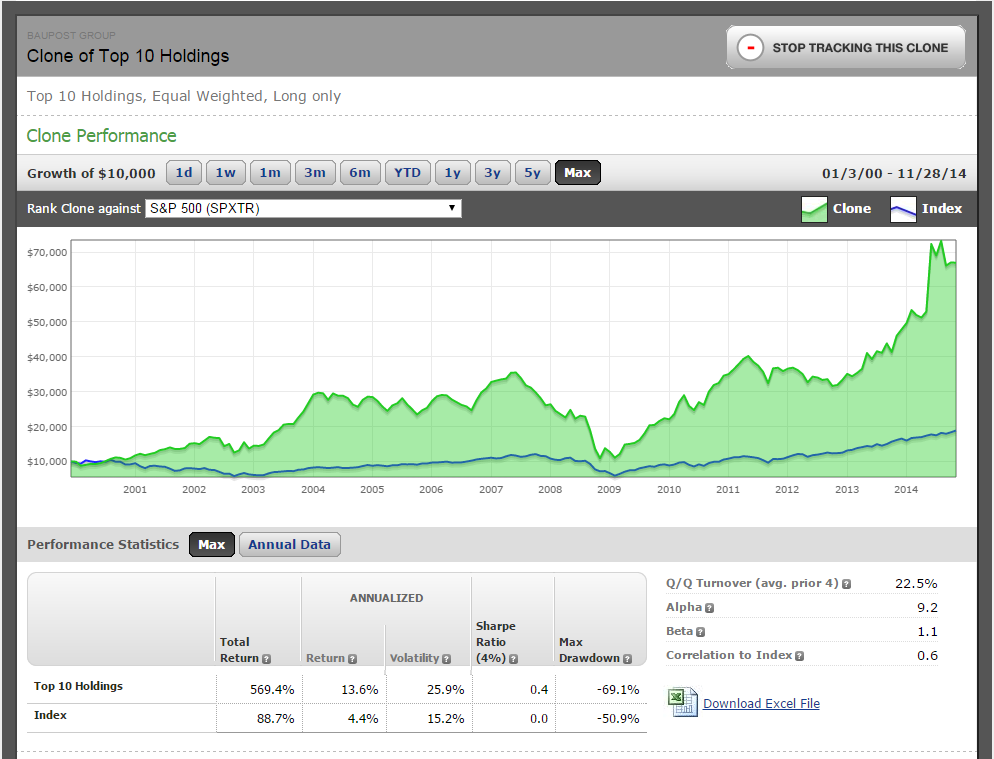