“Volatility can be a friend of the value investor – it provides more situations where stocks significantly diverge from their intrinsic value and can allow us to turn our capital faster.”

By the age of 25, Ricky Sandler had co-founded the investment fund, Fusion Partners, with his colleague, Wayne Cooperman. In a mere four years, their initial seed money of $28 million had mushroomed into $350 million with a net annual return of 31%. The fund split amicably in 1998, and Sandler quickly set up Eminence Capital to take its place. Over the last 13 years, Eminence has achieved close to 13% net annual compounded returns, with only one down year on record, 19% in 2008. While he maintains a similar investment strategy to the Fusion Partners fund, Sandler has revised certain aspects of his investment philosophy, namely in relation to value pricing, as well as the fund’s long short position ratio.

When looking for long ideas, Eminence seeks discounts that may be caused by a number of different factors. In particular, they look for three different types of opportunities. First, they are on the lookout for good businesses that may suffer because they are part of a temporarily neglected industry. Second, they scout out opportunities to invest in otherwise strong companies that have recently reported disappointing short-term earnings, especially if the company’s long-term value remains unimpaired. Finally, Eminence searches for good companies that may fly under the analysts’ radar, either because their attention is focused on other industries or because the business is in the process of undergoing a special situation, such as a spin-off.

Sandler upholds the philosophy that entry price is a crucial factor in determining value. But whereas he may have once avoided investments in less-than-stellar businesses, he is now open to the different kinds of investment opportunities that even mediocre businesses may provide. As he explains it, Sandler wants to buy “a great business at a reasonable price” or “a reasonable business at a great price.” Additionally, Sandler looks for stocks that fall into a category that he calls, “old research, new events,” meaning that the company has already proven its worth according to Eminence’s independent research, but is, perhaps, experiencing a momentary lapse in value. But unlike many others in the value game, Sandler is willing to invest at a much smaller perceived discount if he believes he is buying a high-quality company with solid future potential.
“I’m probably more willing to pay up for quality than other value investors,” Sandler said in an interview with Value Investor Insight. “Some of my investor friends often tell me my ideas are too high quality for them.”

He likes to hold major positions for 18 months to two years, but he closely monitors volatility in search of both buy and sell opportunities. “Volatility can be a friend of the value investor – it provides more situations where stocks significantly diverge from their intrinsic value and can allow us to turn our capital faster.”

When it comes to shorting stock, Eminence embraces a philosophy that shorting offers a totally different perspective on the market, and one that lends the wise investor excellent investment opportunities. Put in its most basic terms, Sandler believes that shorting introduces into one’s investment perspective some degree of skepticism, which often exposes value traps triggered by creative accounting or unsustainably optimistic management projections. Although at one time, Sandler built the fund’s short positions on individual stocks, now he also makes use of indices to achieve the same end.

While Eminence Capital is classified as a long-short equity fund, Sandler sometimes adopts an activist stance, as he did during the merger battle between Jos. A. Bank and The Men’s Wearhouse. Eminence owned a significant stake in both companies and Sandler aggressively advanced its interests with a series of comments and letters to the boards as the contentious merger talks dragged on.  When a deal agreeable (and profitable) to Sandler finally emerged in April, 2014, he issued a press release praising the two sides.

Sandler also runs a less concentrated portfolio than some of his value investing peers. 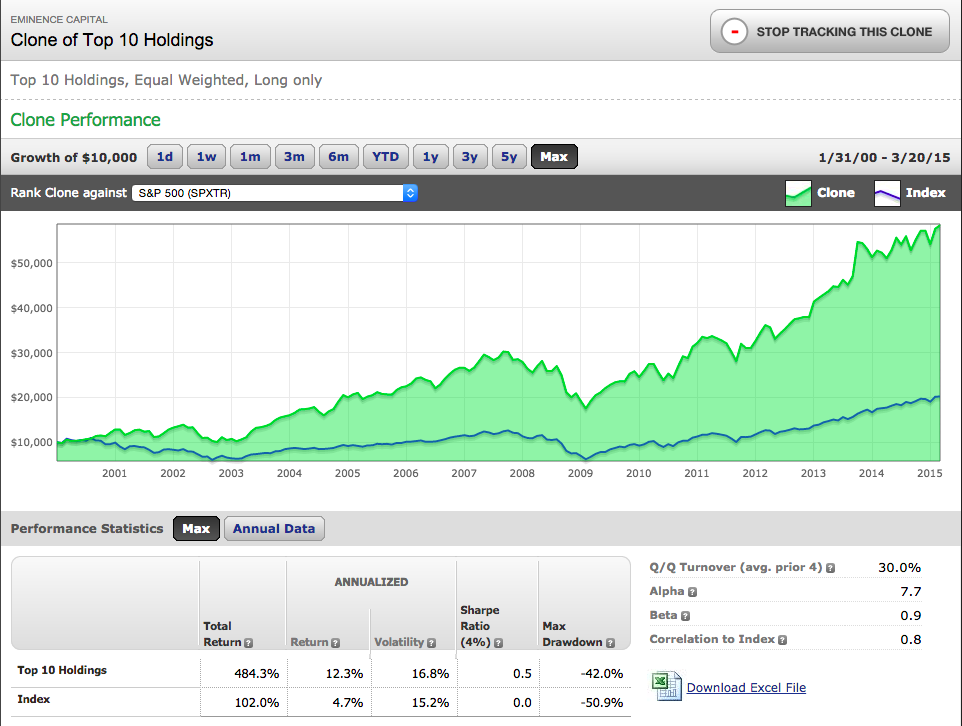 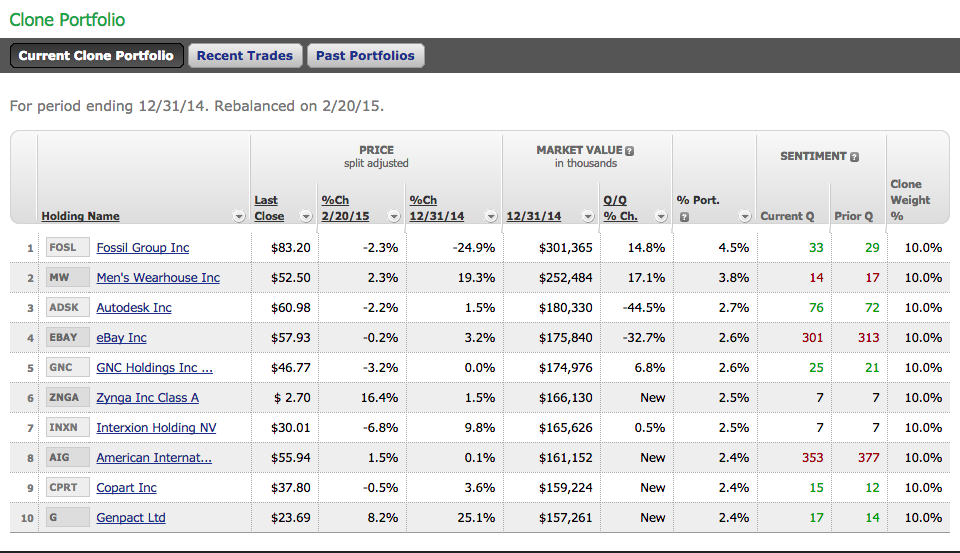