“95% of the world does not live in the United States. Figure out a way to make investments that recognize the promise of that 95 % of the world. That happens all the time.”

“I think by and large we just found that and the pricing power is particularly important in the developing, emerging markets because they enjoy rising consumer disposable income.”

“When asked what the most desired quality was in a person to be hired, Eveillard said it was the capacity to suffer.  And that is really an incredibly powerful theme.”

Meet Joe Lunchbucket of international investing. His name is Tom Russo and he has an appetite for beer and frozen pizza, cigarettes and chocolate candy, all on a global scale. Russo has built a reputation as a savvy long-term investor by buying and holding companies with established international brands in alcohol, tobacco and food. He also dabbles in media stocks and has a particular fondness for Warren Buffett, whose Berkshire Hathaway has long been a major component of Russo’s portfolio.

A partner at Gardner Russo & Gardner in Lancaster, Pa., which manages more than $10 billion, Russo runs a concentrated portfolio guided by the principles of long-term value investing and informed by a world view that sees profit in businesses capable of growing basic consumer brands globally. You won’t find trendy companies like Facebook or Twitter in his portfolio. Instead he buys companies like Nestle, Heineken and Phillip Morris. He has a special fondness for businesses that show promise in emerging markets. When he finds a company he likes, he buys big and holds for years.

Commenting on his investment picks a few years ago, he noted, “We often find ourselves out of step, invested in things that are out of fashion.” Out of step, however, doesn’t mean out of the money. Russo’s signature Temper Vic Partners fund gained 12.9% annualized from inception in 1990 to Sept. 30, 2013.

Many of his picks are European companies that have a history of expanding beyond their national borders, sometimes by necessity in their search for new customers. Nestle, for example, is based in Switzerland, a country with eight million people. Dutch brewer Heineken comes from the Netherlands, whose population is about 16 million.

He likes companies that are family-controlled, a characteristic that often scares off other investors concerned that such companies will be more interested in enriching the clan than catering to investors. As a result, those companies often trade at   discount to similar companies without the family ties. Russo searches for well-run family-controlled companies that he can buy for as little as half of what he feels they are actually worth, based on their future prospects. He once estimated that 60% of his investments are in companies still run by founding families.

The other quality he seeks is a business capable of absorbing short-term financial challenges as they try to capture new markets and customers.

“Companies have to have the capacity to suffer when they want to expand,” Russo says.
A native of Wisconsin, Russo graduated from Dartmouth University, earned his law and business degrees at Stanford University, and then landed a job at Sequoia Fund in 1984. Much of his investment style derives from his time at Sequoia, another value investing asset manager that specialized in food, beverages, tobacco and media.

In 1989, he moved from Sequoia in New York to Lancaster, Pa., where he joined Eugene Gardner and Eugene Gardner, Jr., to form Gardner Russo & Gardner.

Russo has been buying and holding companies with international consumer brands ever since and churning out regular profits by being patient and not expecting the companies he picks to produce immediate windfalls but rather to plow profits back into expansion that can produce future gains.

“The key to success in investing is low expectations,” he once said. “My goal is to find businesses I can hold onto forever.” 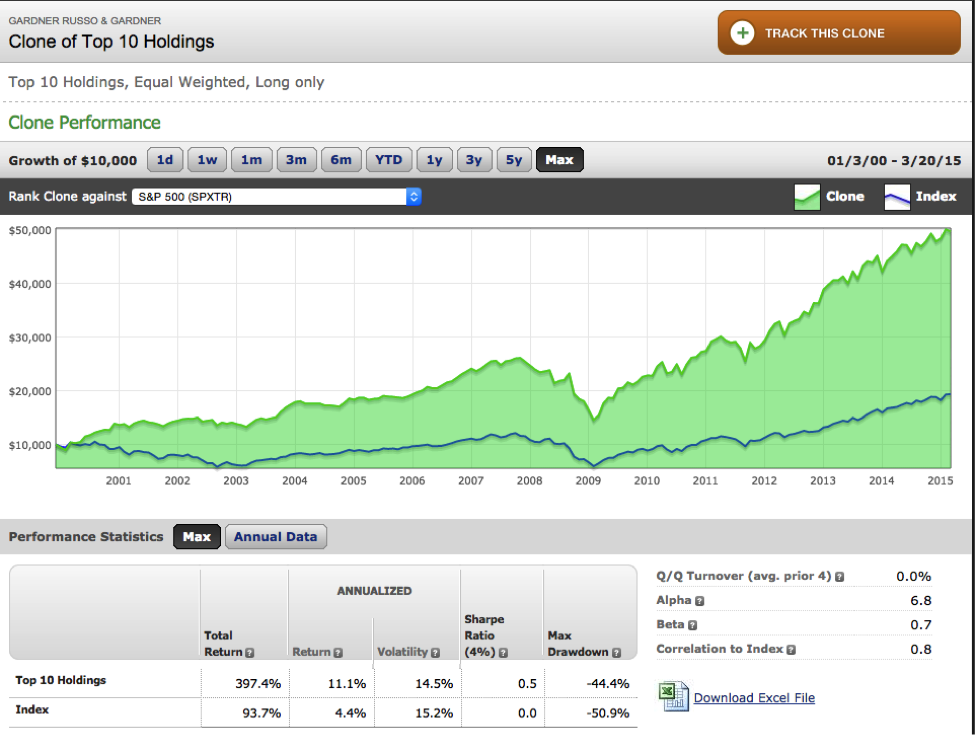 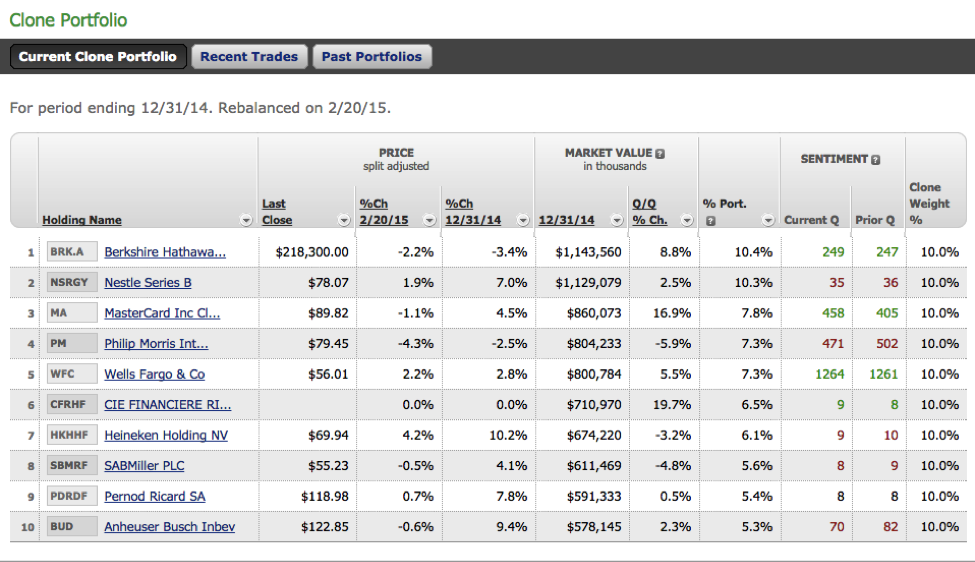