Ok finally back to some 13F profiles….This fund is in my top 5 to track, but many have never heard of them….

With a new MBA in hand from the MIT Sloan School of Management in Boston, Paul A. Reeder III went shopping for a job. He found one at Loomis Sayles & Co, the mutual fund firm based in Boston, where he became a highly regarded airline analyst. Indeed, his observations were so valuable that Reeder decided he could parlay it into his own fund company.

In 1990 he founded PAR Capital Management in Boston, an equity hedge fund that specialized in airlines and the travel industry and practiced a form of value investing. In 1997, Edward L. Shapiro, a vice president of Boston-based hedge fund sponsor Wellington Management, came aboard as a partner and portfolio manager, bringing complimentary experience vetting airline and travel companies.
The duo has been flying high ever since. PAR is now a $3 billion fund manager and has branched out to gaming, hospitality, health care and technology. But airlines, travel and businesses related to that field are still the duo’s forte.

Tagging along with PAR’s stock picks can be very rewarding. An article posted by The Motley Fool in Sept., 2011 concluded that investing in PAR’s top 10 positions at the time they were disclosed would have gained 231% since 2000, versus a loss of 1% for the S&P 500.

PAR runs dynamic portfolios that include as many as 70 positions and frequent changes. The investment style is summed up on the firm’s web site home page: “Our philosophy is based on the belief that long term investment success can be achieved through narrowly focused and rigorous fundamental research, disciplined portfolio management, and the alignment of incentives between manager and client.”
When PAR becomes one of the largest shareholders in a company, it adopts an activist role, taking board seats and pressing for changes. Much of the dirty work during activist roles is done by Shapiro, who has been a board member of numerous companies in the PAR portfolio over the years, including US Airways, America West Airlines, and LodgeNet Interactive Corp.

These days, PAR is so closely watched that its actions can move stock prices. In 2013, PAR sold a third of its nearly 25 million shares in Orbitz Worldwide Inc., saying it was diversifying its portfolio.  PAR at the time was one of the largest shareholders in Orbitz, with a 23 percent stake. When news of the PAR sale broke, the stock sank 11.8 percent in one day.

Warren Buffet said: “The worst sort of business is one that grows rapidly, requires significant capital to engender the growth, and then earns little or no money. Think airlines.” Despite this, PAR continues to be a major player in airline stocks and the travel sector – its filing for March 2015 included significant holdings in Alaska Air Group, Delta Air Lines, Southwest Airlines and United Airlines. It was also was a major player in new online travel booking and review companies, including TripAdvisor Inc., and Expedia Inc. It also holds gaming stocks and leisure companies, including Global Eagle Entertainment and Churchill Downs.

Of course, not all of PAR’s bets pan out. But its record of success has made others consider it worthy of following, especially when the play is related to airlines or travel. 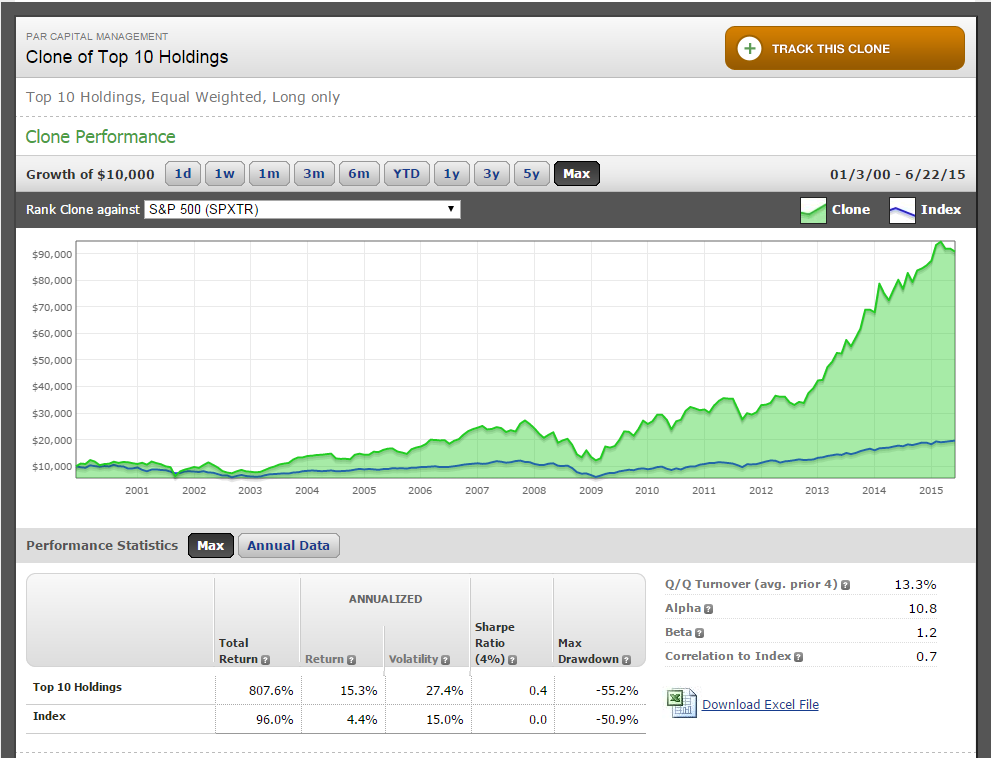 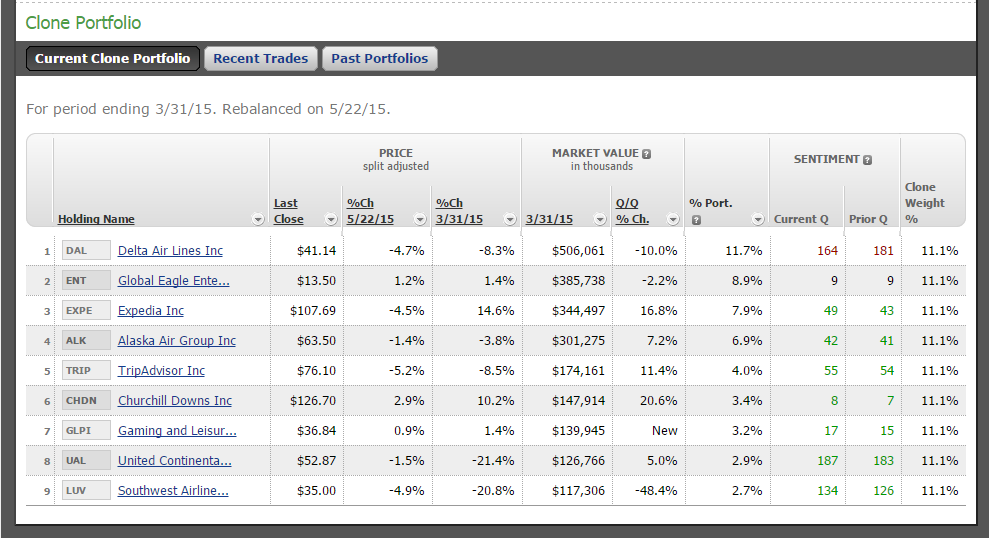