Followers of modern value investing trace its roots back to a course taught at Columbia University in the 1950s by author and instructor Benjamin Graham. Warren Buffett took it. William Ruane was a classmate.

Buffett went on to a storied career as a value investor and, with a little help from Buffett, so did Ruane. And now Ruane’s successors are carrying on his legacy.

Together with another Graham devotee, Richard Cunniff, Ruane formed Ruane, Cunniff & Stires in 1969, and launched their signature vehicle, the Sequoia Fund. Some of the first investors in the fund came through recommendations from Buffett.

The firm changed its name to Ruane, Cunniff & Goldfarb after Richard Goldfarb joined in 1971 right out of Harvard Business School. Buffett’s hand was again in evidence. Goldfarb’s father had met Buffett and mentioned that his son was looking for an investment job. Buffett suggested getting in touch with Ruane and Cunniff.

Ruane died in 2005, Cunniff in 2014, and that left Goldfarb at the helm.  Judging from results, the firm and its storied fund remain in capable hands.

Morningstar named Goldfarb and his Sequoia Fund colleague David Poppe the Domestic-Equity Managers of the Year for 2010. Of significance is that Sequoia earned some of its biggest gains that year in stocks that it held for five or more years – a testament to the firm’s long-term investment horizon.

How well does Sequoia perform? According to a 2014 Bloomberg article, Sequoia Fund produced better results than 99% of its mutual fund competitors over the past three years, and outperformed the S&P 500 by 3 percentage points annually for the previous 25 years.
Sequoia’s results are a testament to the enduring power of value investing paired with concentrated positions and long holding periods. For example, Sequoia ended 2013 with 52% of its assets invested in just eight companies, and one of those top companies was Buffett’s Berkshire Hathaway.  Berkshire has been in the portfolio for more than two decades and at one point represented more than a third of the portfolio. It had dropped down to about 11%  by 2011. That is about where it stood in early 2014, with the firm managing more than $18 billion.

Cunniff noted in 1976 that his stock picks were out of step with conventional wisdom on Wall Street, particularly when it came to high-flying momentum stocks. “We were orphans when everybody else was rushing after all those so-called one-decision growth stocks. I think that is one of the reasons why our record is so good.”

Companies in the firm’s portfolio tend to be the type that can be purchased at a discount, have solid management and fundamentals, and are not Wall Street darlings. Typical is Valeant Pharmaceuticals, a company that spends a pittance on research and development in a sector dominated by blockbuster new drugs. Instead of hunting for new cures, Valeant buys other companies that have already done the work, which turns out to be a very profitable way to run a drug company. Valeant has been a major contributor to Sequoia’s returns and was the largest holding in the portfolio as of the start of 2014.

The types of companies it owns, how it selects them and how long it owns its positions prompted one Sequoia investor to quip that the firm runs “the kind of portfolio Buffett might have if he ran a mutual fund.”

One change that Goldfarb has brought is a greater emphasis on corporate management. “We’re betting more on the jockey and a little less on the horse,” he said in 2011.

Judging from its results, betting on the jockey might not be a bad way to go. 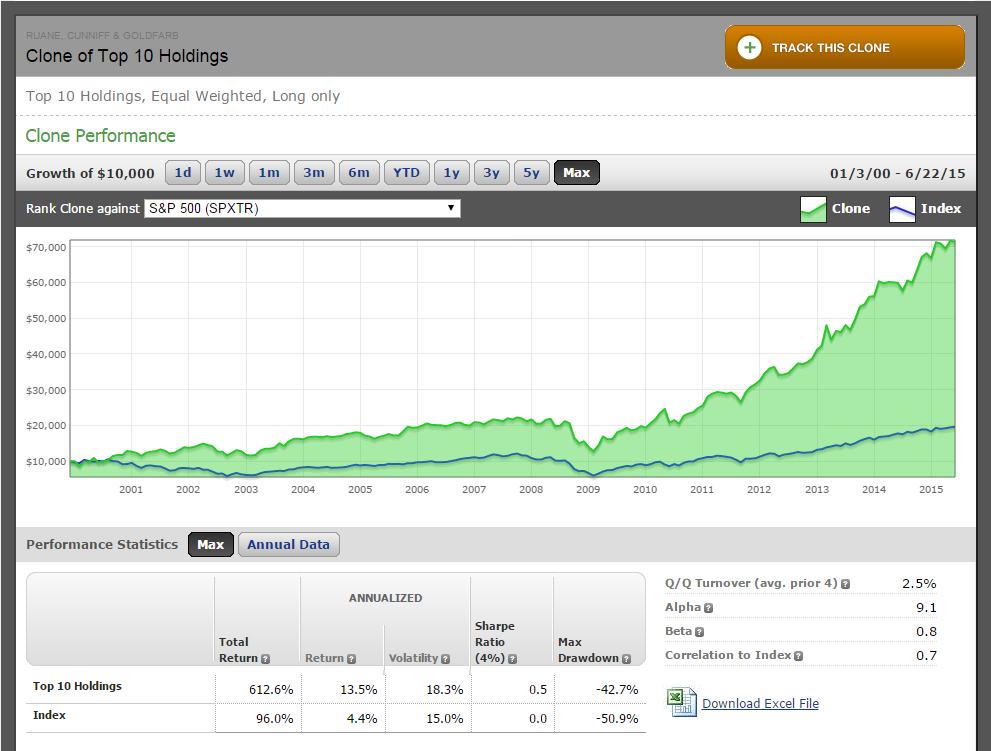 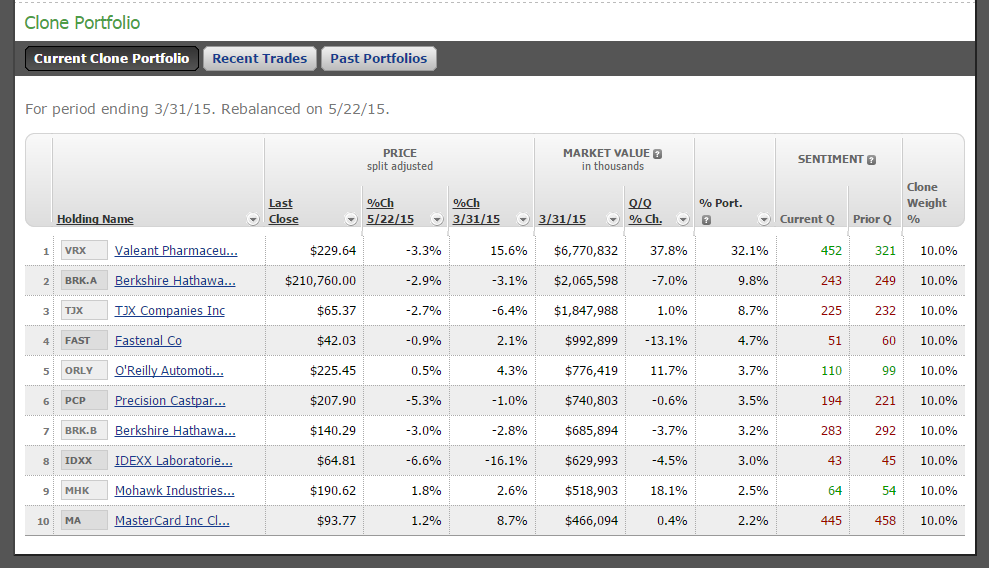