I know a lot of people don’t like the the year end market outlook pieces everyone puts out, but count me in the minority (I love them). At the very least it gives you consensus perspectives on what market participants expect, and they possibly may give investors ideas for future research.  This Blackrock piece is a good read, with lots of charts, followed by the Blackstone top ten surprises for 2013:

Here are a few charts and quotes from the piece:

From the Contrarian Dreaming section:

“We like contrarian thinking – if only to guard against ‘pain trades’ – trades that go against the grain and could catch most investors off guard. We already detailed the mother of all pain trades – a fed reversal and subsequent bond exodus – on pages 16-18.

This was by far the most popular contrarian investment idea at our 2013 Outlook forum (which makes you wonder just how contrarian it is). Investor positioning is heavily weighted against Japan, with many fund managers underweighting the country. See the chart below. This sets the stage for a nice ‘pop.’ The idea would be to buy exporters and simultaneously sell yen to hedge the currency risk. Our reasoning:  Japanese equity valuations are very, very cheap, both against their own history and relative to other markets. Japan could start monetary easing in earnest under new political and central bank leadership. This could be the year Japanese government bonds finally crumble. The growth slowdown in China, Japan’s main trading partner, has bottomed.”

And a few good charts below: 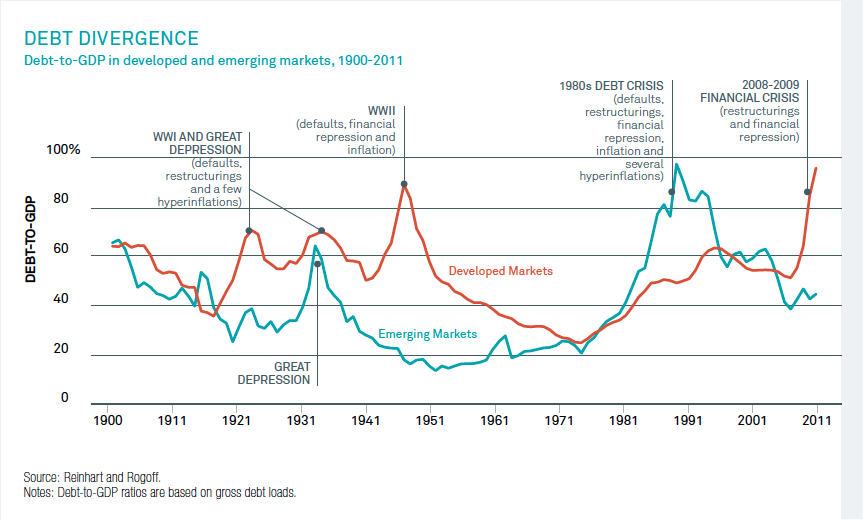 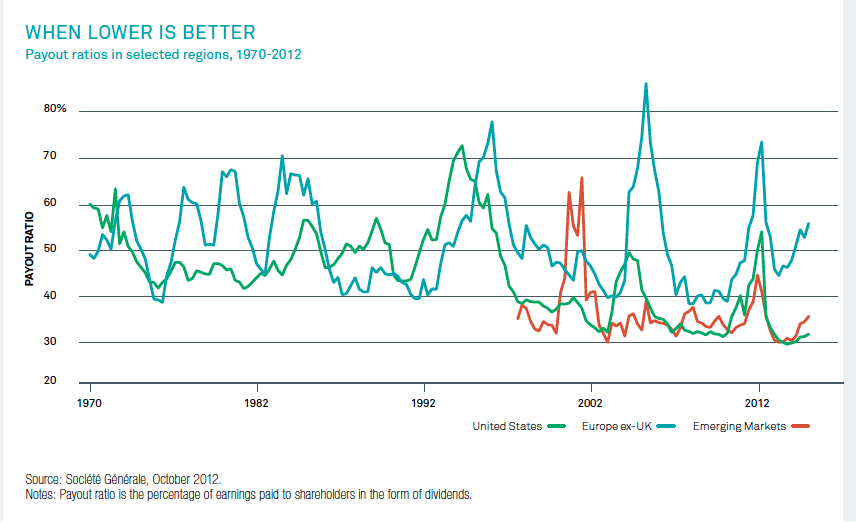 Some 50 BlackRock portfolio managers exchanged views on the 2013 investing landscape at a Nov. 15-16 event organised by the BlackRock Investment Institute. Our mission: Pinpoint market trends, update our investment scenarios and gauge global policy impact on financial assets next year. To prevent the looming US ‘fiscal cliff’ from overshadowing the forum, we offered a slightly crumpled $1 bill to the first speaker who did not mention it. Somebody won – in the end.

And not to confuse BlackRock with Blackstone, but below Byron Wein is out with his 10 surprises for 2013 (not in the piece).

Byron’s Ten Surprises for 2013 are as follows:

Every year there are always a few Surprises that do not make the Ten because either I do not believe they are as relevant as those on the basic list or I am not comfortable with the idea that they are “probable.” Below are several “also rans” which did not make the Ten Surprises.

Blackstone is one of the world’s leading investment and advisory firms. We seek to create positive economic impact and long-term value for our investors, the companies we invest in, the companies we advise and the broader global economy. We do this through the commitment of our extraordinary people and flexible capital. Our alternative asset management businesses include the management of private equity funds, real estate funds, hedge fund solutions, credit-oriented funds and closed-end mutual funds. The Blackstone Group also provides various financial advisory services, including financial and strategic advisory, restructuring and reorganization advisory and fund placement services. Further information is available at www.blackstone.com.  Follow us on twitter @blackstone.