Note:  I’m upgrading the technology we use to send out our emails.  If you don’t want to receive The Idea Farm emails, please click ‘unsubscribe’ below.

I was at a conference in 2012 (I can’t remember which, although it was in LA), and David Rosenberg was giving a talk and updates to his market views.  An audience member asked him about what he thought about the bond market bubble.

After a pause and perhaps a sigh, he responded with what I considered to be a really interesting comment (paraphrasing here), “I wonder if it is possible to have a bubble in an asset class that is universally hated?”  You could tell the room had to take a minute to digest this comment…

Rosenberg writes a daily “Breakfast with Dave” piece for Gluskin Sheff.  In this special report, he shares his investment outlook for 2013 with a few contrarian views….

Here are a few charts and quotes from the piece:

“Fed likely to keep rates near 0% through 2018 (according to our analysis): Interest rate volatility minimized; long-short credit strategies should remain core to any bond strategy.”

“In a 0% return environment, notwithstanding all the uncertainties across so many levels — financial, economic and geopolitical, cash is not king. What is king is cash flow, however” 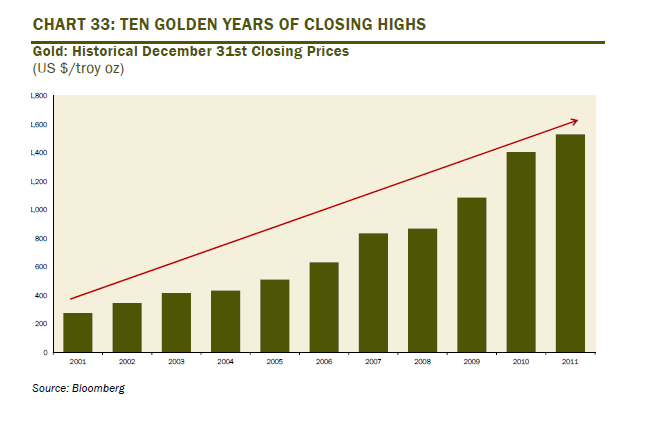 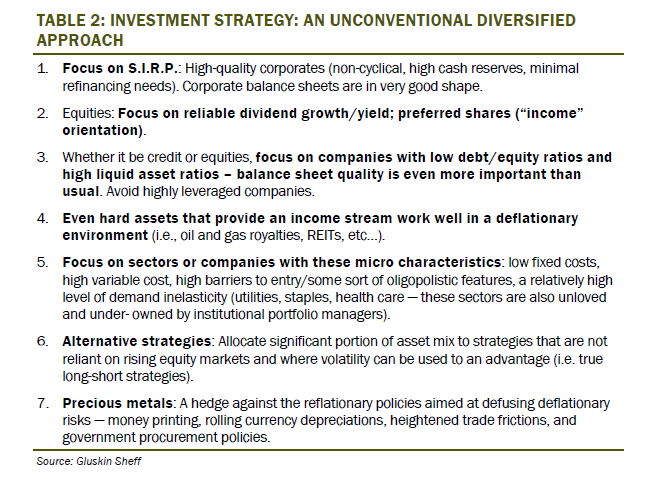 David Rosenberg is the Company’s Chief Economist & Strategist with a focus on providing a top-down perspective to the Firm’s investment process and Asset Mix Committee. Mr. Rosenberg received both a Bachelor of Arts and Masters of Arts degree in Economics from the University of Toronto. Prior to joining Gluskin Sheff in the spring of 2009, Mr. Rosenberg was Chief North American Economist at Bank of America-Merrill Lynch in New York for seven years, during which he was consistently ranked in the Institutional Investor All-Star analyst rankings. Prior thereto, he was Chief Economist and Strategist for Merrill Lynch Canada, based out of Toronto. In 2012, Mr. Rosenberg was named one of the five most influential Canadians in investing by Financial Post Magazine. He was the only economist recognized for his accurate economic projections in Fortune Magazine’s “Best and Worst of Wall Street 2011”, and was ranked most accurate forecaster for 2011 by MSNBC.

Subscriptions to Breakfast with Dave can be purchased for CAD $1000 per year. All new subscriptions begin with a free one-week trial.

To subscribe to Breakfast with Dave, David’s daily distillation of his and Gluskin Sheff’s economic and financial market insights, please click here.

Nearly every business day since 1997, David Rosenberg has been distilling his latest economic insights into an incisive report, which is emailed to readers around the world as Breakfast with Dave. Since he joined Gluskin Sheff in early 2009, Breakfast with Dave’sfollowing has grown significantly.