Quick note before we get to the newsletter:  This is a cool conference Mish is putting on in April in Sonoma featuring speakers Chanos, Hussman, Mauldin and others.  I’m hoping to attend, and it’s for a great cause.  For those unfamilar with ALS, a wonderul read is Tuesdays with Morrie: An Old Man, a Young Man, and Life’s Greatest Lesson…

“Just a note – Last May, my friend Mike Shedlock’s wife Joanne passed away from an aggressive form of ALS (amyotrophic lateral sclerosis). Mike (“Mish”) is an investment analyst whose work can be found on the Global Economic Trend Analysis site. In Joanne’s memory, and to benefit the Les Turner ALS Foundation, Mish has organized a conference in Sonoma California, on April 5, 2013. I don’t often speak at conferences or schedule media interviews, but that day, Mish, Chris Martenson, Michael Pettis, James Chanos, John Mauldin, and I will be speaking – for a very good cause. The Hussman Foundation has also committed a $100,000 matching grant to the Les Turner ALS Foundation, to encourage donations that will support patient services and research for individuals with ALS. So with winter approaching, if you’re already looking forward to springtime, I hope you’ll join us in California in April. Thanks – John”

…now on to this week’s email…

Bob Brinker has been writing the Fixed Income Advisor since 2005, and has ranked as one of the top newsletters by Hulbert ever since.  If you’re interested in an in depth look at all things bonds, he’s your man.  In addition to information on upcoming Treasury auctions as well as FOMC analysis, the team at Brinker tracks four model portfolios for investors.

Here is a few charts from the newsletter: 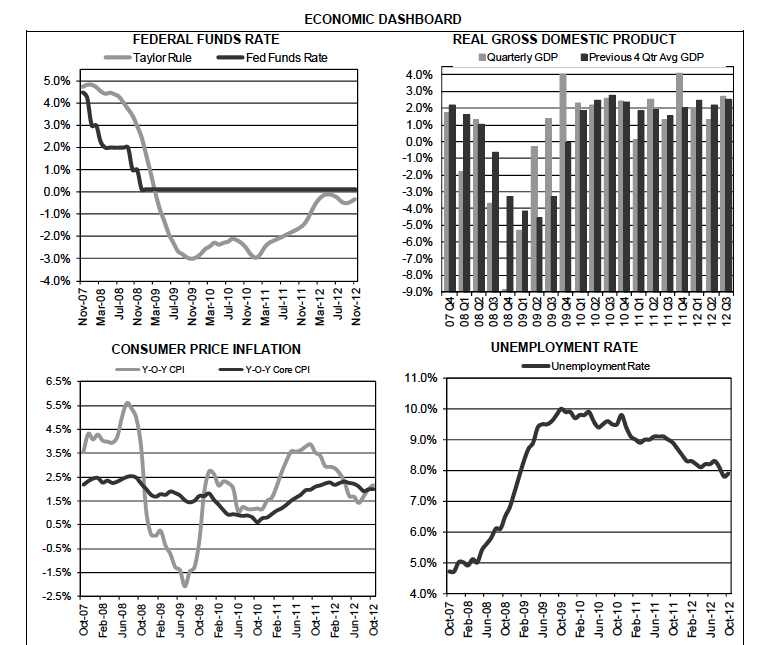 About the Brinker Fixed Income Advisor